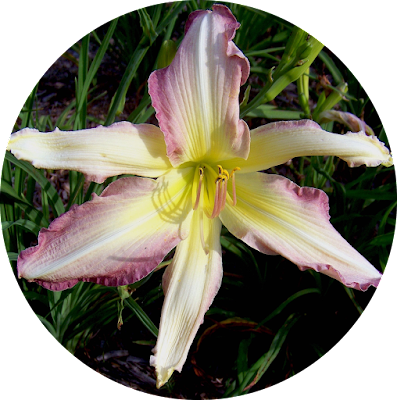 Pale pink-lavender with darker rose edge on petals above chartreuse to grass-green throat. 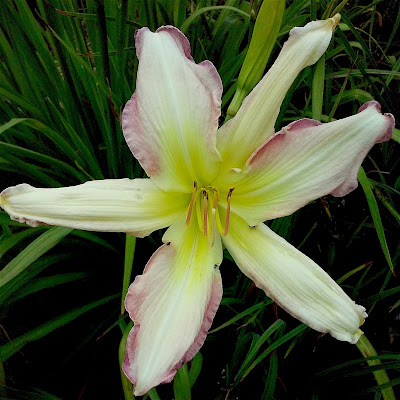 Often equally graceful and out-of-control, Flamingos On Ice is a fun number! The flower shows the eye-no-edge look consistently and is also consistently narrow, though not a spider. It often quills and pinches, and sometimes it makes polytepal flowers (its pollen parent is a registered poly). The color can be more intense on cool, dark days and much lighter, nearer to white with a medium pink edge on warm and sunny days.

The plant is not gorgeous, but it isn't hideous either. Like so many of the unusual form and spider types, the foliage is sort-of floppy. It isn't hideous, or washed out, being a good, sound green tone, but it doesn't form the architectural mound of foliage that I prefer. The scapes are not great. They have moderate branching, with 4 being the most I have ever seen, and 3 being the average, so not terrible, but also not great. The scape can hang out, lean and sometimes fall if there have been a lot of flowers open. For the most part the mature clump behaves, but occasionally, this one won't be perfect and the scapes will lean.

However, the hardiness of the plant and the uniqueness of the flower make it very interesting, and even its bad days aren't hideous, to me. The flowers are very clean in color, have good substance and texture and hold up well in the elements. They also show moderately high resistance to thrips, but the plant shows only moderate resistance to rust (high B) and has shown this consistently through all five years of my testing program. The final trait of note is its fertility, being very fertile with pollen and moderately high with pods, as well.

So Flamingos On Ice was literally 'seedling on ice' for a long time! It has some flaws that I don't like, but it is really eye-catching and holds up well in the garden, even if messy. However, what put this one over the edge is its breeding ability (see slide below). Its moderate rust resistance seems to combine well with more resistant partners, and I have produced a large number of two and three-year tested resistant seedlings from Flamingos On Ice, so at the last minute the flamingo landed a double-axel and made the cut! 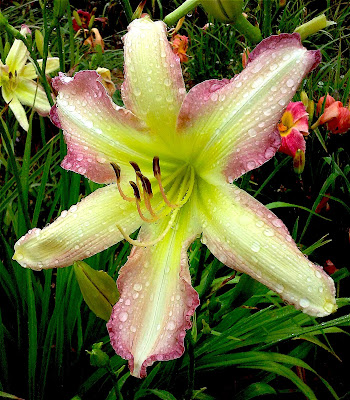 The flower holds up well in the weather. There is good resistance to sun and rain. In this darker phase you can really tell that the flower is a bitone.

The foliage is registered as semi-evergreen, which is how it behaves here in mild winters. In harsh winters this would be something like "semi-dormant" in my garden. It should perform as a semi-evergreen in warm-winter gardens. I don't know how far north it can go, but it has flourished through all my zone 6 winters since winter 2011. I would cautiously suggest trying it in zone 5. I am certain it will do well in zone 6-8. If the pod parent does well for you, Flamingos On Ice may also. 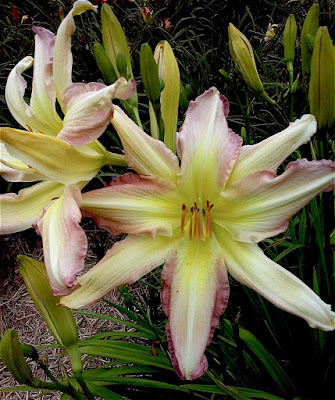 A beautiful day of Poly flowers! 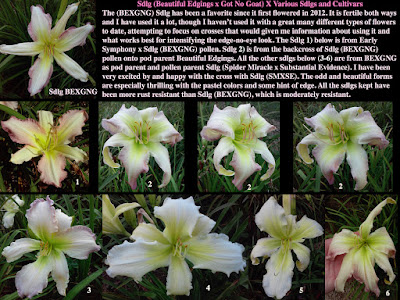 Flamingos On Ice has produced many very interestingly flowered seedlings, as well as many that showed very high rust resistance during the years they were tested. The slide above is from my 2018 Monday Night Lights presentation on Facebook. Flamingos On Ice is actually an extremely good breeder and I think could be used to make eye-no-edge spiders. My goal with it, though, is more toward spatulate and flat in form. 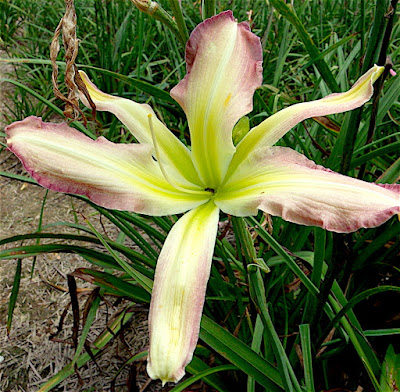 A very quilled and 'UF' day. I love this spatulate form. 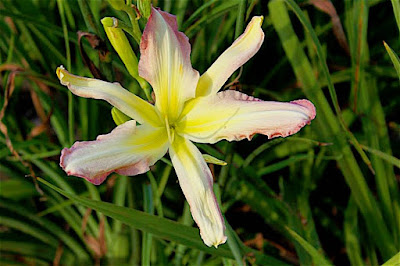 The high contrast of the edge and petal background at a distance at sunset. 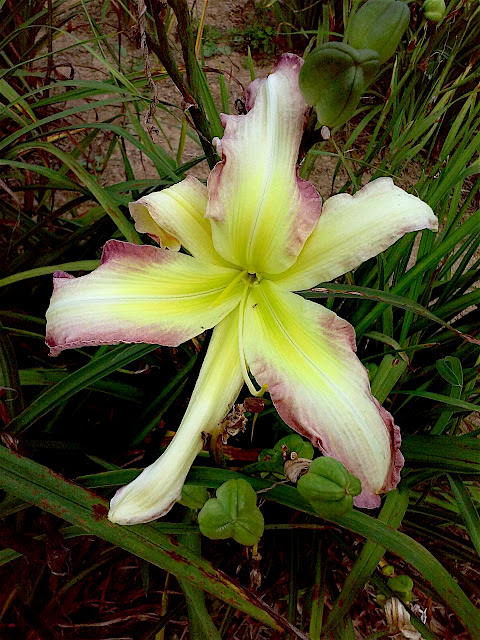 A cascade day. It did have stamens, but I had pulled them for use before the picture was taken. The lovely color contrast is very strong here and you can see some real, live pods. 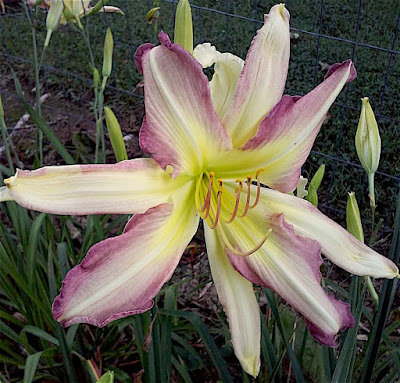 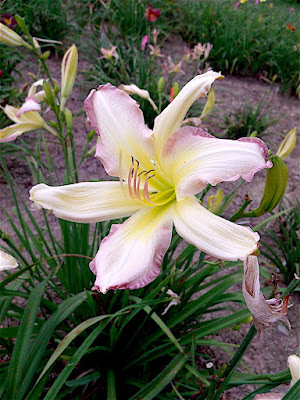 This shot shows the plant well, and you can see it isn't bad. The foliage is a nice color and the look is not terrible, but it is a more old-fashioned look with the plant, while the flower is, I think, a rarity, if not unique. I think there is so much breeding potential here for new looks in UF and Spider Diploids. 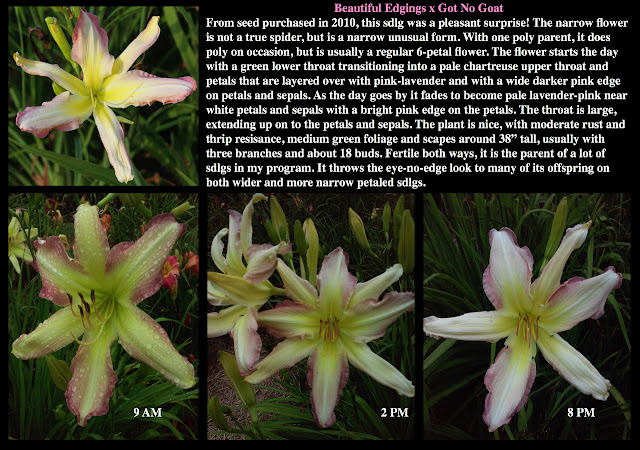 The slide above gives more information about Flamingos On Ice.