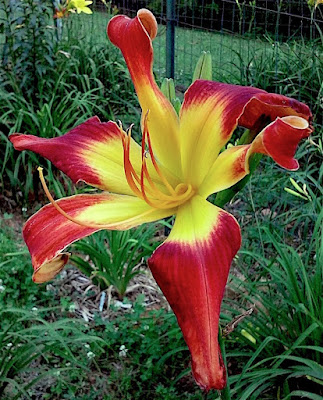 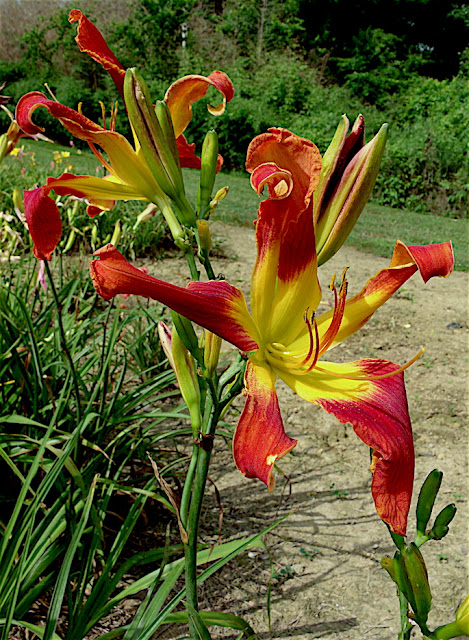 A seedling from my 2011 breeding season, Wookie Goddess went through all five years of my rust resistance screening program showing extremely high resistance each year, making it a five-year tested A+. It also shows high thrip resistance. A semi-evergreen, it is very hardy here and shows no damage from hard winters. As a semi-evergreen, it should also thrive for people in warmer-winter areas, allowing people to exploit its high rust resistance in evergreen breeding programs for hot climates, as well as allowing breeders in cooler-winter climates to make use of it. It shows moderately high resistance to late spring freezes, generally showing no decrease in scape height. I expect it will also do well in colder zones than mine. 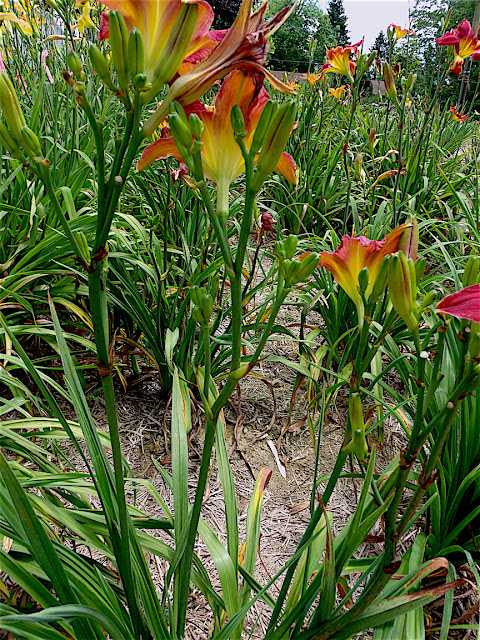 The foliage is medium green and attractive, but can show slight damage from late spring freezes. The scapes are consistently tall, around four feet on mature clumps. The scapes show nice branching. I registered it with four branches, though I have seen it with as many as seven, but it averages four to five. The average bud count is 18 to 20, but I have seen mature scapes with as many as 29 buds. New divisions and immature fans may show two to three branches with scapes at around three feet and about 15 buds. The plant recovers quickly from division and shows good increase. The flower is an extended opener, like its pod parent, opening over the course of two days. Yet the thrip resistance is strong enough that this trait doesn't cause it problems by allowing thrips and other pests into the flower during the opening process. 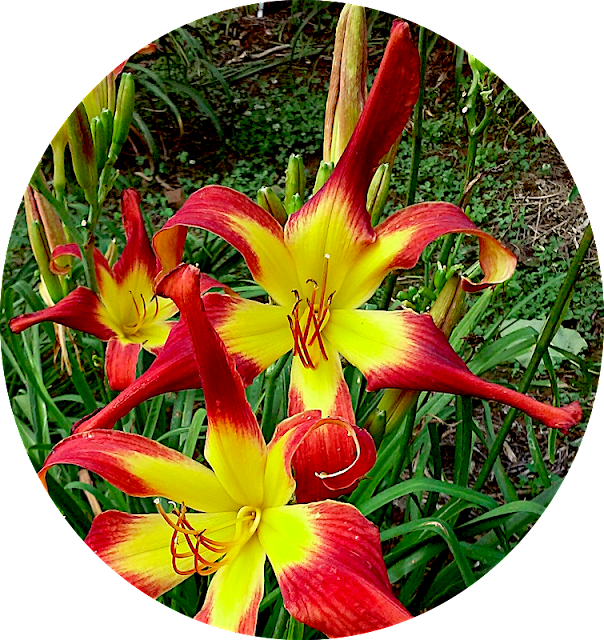 The flower is a lovely UF form, often pinched and with quilled sepals, sometimes cascading, that opens well and tends to open very flat. The color is extremely bright, carrying across the garden on the tall scapes. The eye and edge can be very subtle, but are generally present on mature clumps. The throat is chartreuse, which is a nice step up from the pod parent's orange throat. The genetics of this plant include species genetics from H. fulva 'Europa', through the pollen parent, Implausibility. This opens the very narrow UF tetraploid gene pool, adding diversity from the species grandparent. Wookie Goddess is very fertile both ways, with strong pod fertility. On a mature clump, I have been able to set nearly every flower in the plant. This is an outstanding trait in tetraploid UF lines, as many of these show poor pod fertility. I think Wookie Goddess is an excellent plant for the garden, but it also has great breeding potential for tetraploid UF programs, offering many excellent traits to blend into such lines, both for cold-winter climates and warm-winter climates. I have many seedlings from WG, and she really gives great results. Many seedlings are very rust resistant, many show excellent thrip resistance. I have seen both dormant and semi-evergreen seedlings, and these have tended to be quite hardy, far hardier than the seedlings from the pod parent Wild Wookie. 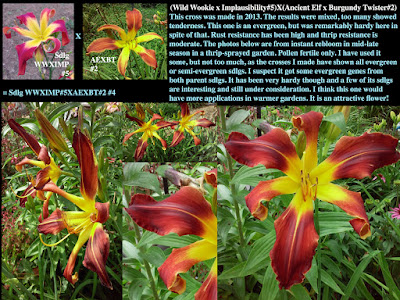 Wookie Goddess is an excellent breeder for many traits. The above slide from my 2018 Monday Night Lights presentation on Facebook shows an excellent red seedling from Wookie Goddess, while the seedlings below is from Wookie Goddess crossed with pollen from the Alien family line by Bob Selman. I have seen a wide range of seedlings and am impressed by the many different faces I have seen from WG. Many of its seedlings also tend to open very flat and I have been exploiting this trait in my breeding work with this plant. 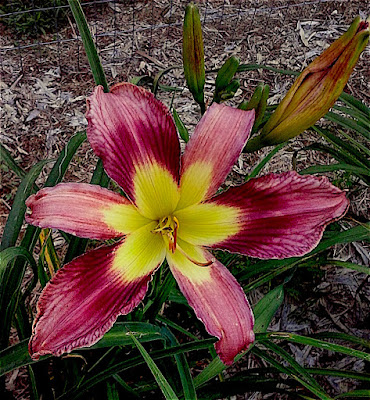 The slide below, also from my 2018 MNL presentation, gives some details on Wookie Goddess while she was still just a numbered seedling. 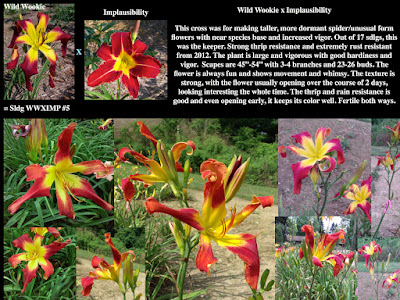 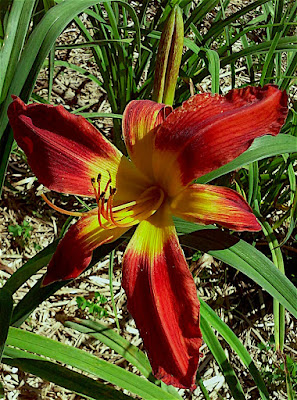 A flower from a new division that had been divided and replanted the previous fall. 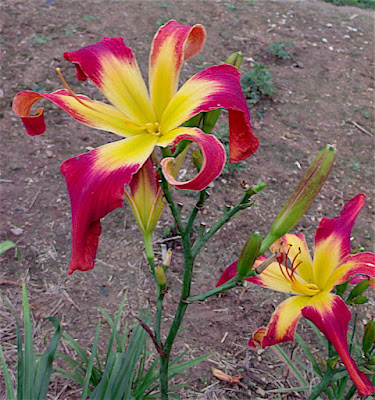 Yes, it does have stamens, but I did use it a lot in breeding that year! :-) This picture shows the open form and green to chartreuse throat.