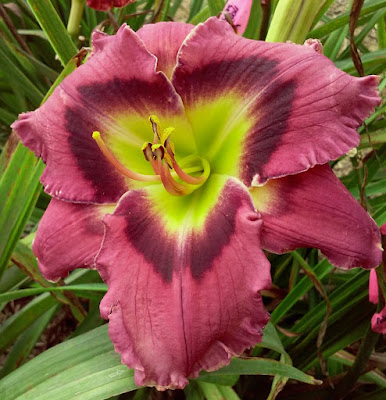 To me, Emerald Trader is the most exciting seedling I have ever produced out of Insider Trading. In 2013 I was gifted a small amount of pollen from Tetra Emerald Starburst by a friend who knew that TES had moderate rust resistance and could help "fancy-up" the flowers in my rust resistance program. I chose to put that pollen on only a handful of plants (I only had a tiny amount) and the only plant that took the pollen and made pods was Insider Trading. Of the fourteen seeds I got from that pod, ten germinated and of those seeds, this was the one with the highest rust resistance and the only one I kept. I had not yet seen the flower when I did the first rust cull and went down to this seedling. 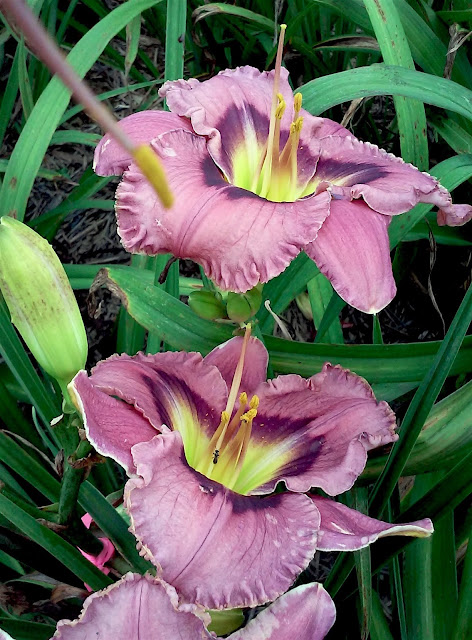 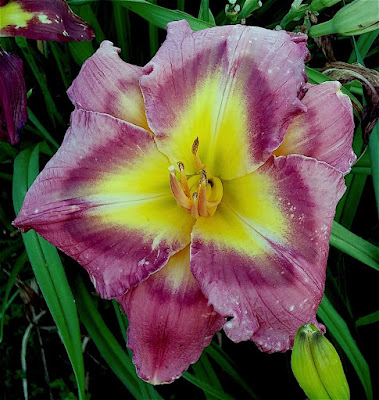 As with both parents, the thrips resistance of Emerald Trader is only moderate, but when paired with a more resistant partner, you can get much better thrips resistance in the seedlings. The scapes are not very tall, but do carry the flowers above the foliage, and the branching is moderate. The foliage is attractive, but can carry a little damage on ends from late spring freezes in zones where that is a concern. It isn't as bad as I have seen on many other evergreen and semi-evergreen types, though. 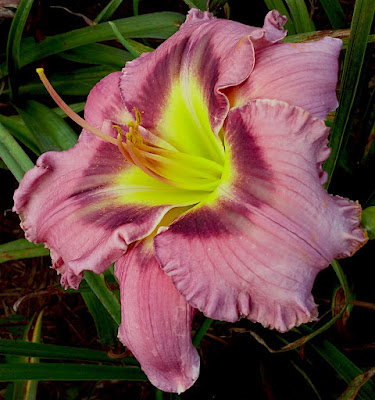 The plant of Emerald Trader is semi-evergreen and hardy. I have never seen any lose of fans due to even our harshest winters. The early freeze resistance is not quite as high as I would like, but is not bad, and while perfectly hardy in cold-winter northern gardens, I think that Emerald Trader is going to be most exciting for warm-winter southern growers and breeders who want to work with rust resistance. 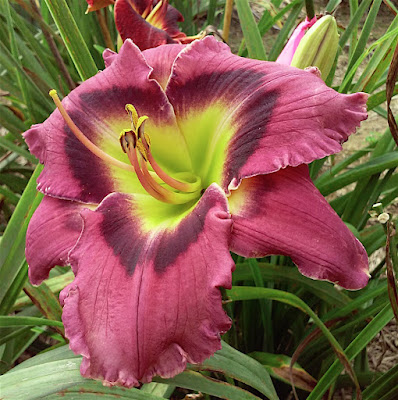 With the illustrious parentage on both sides, Emerald Trader has so much to offer both in the garden and in breeding programs. The fancy, advanced flower can add a boost of the green to throats and the rust resistance is a big plus for anyone where rust is endemic to their gardens. 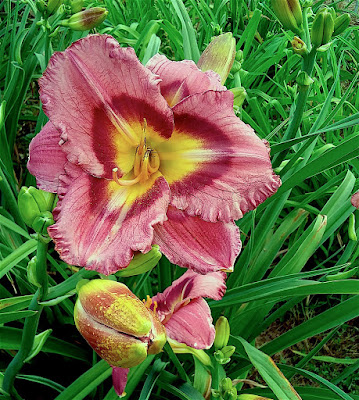 On rare occasion I see a flower showing pleating, as in the picture above. This is another potential area where Emerald Trader may prove to be an invaluable breeder. The pollen fertility is very good, but the pods are difficult, though I have gotten pods with persistence. Below are three of my favorite seedlings from Emerald Trader. They are all seedlings I have produced from the hard-won seed pods of Emerald Trader. 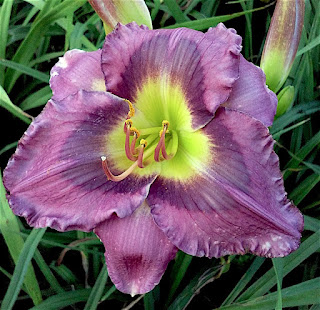 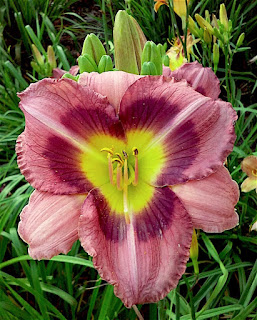 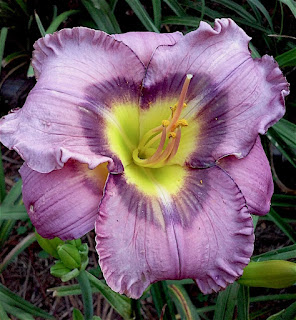 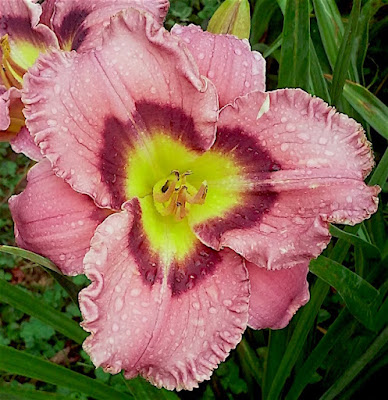 Emerald Trader after rain. Showing good substance and good ability to resist rain, Emerald Trader is a beauty in the garden come rain or shine