The Darkness In The Light

The Darkness In The Light 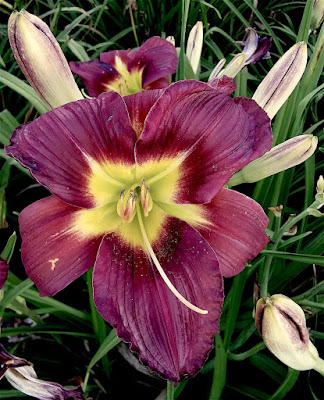 The Darkness In The Light is from the beautiful and unique cultivar Forsyth White Buds, which I think should be used much more extensively in breeding than it has been, crossed to the illustrious Pigment Of Imagination. The Darkness In The Light doesn't have the color changing trait of pollen parent Pigment Of Imagination, but is does have the unique white sepal backs of the pod parent, and they are lightly flushed with the maroon coloring of the petal fronts. 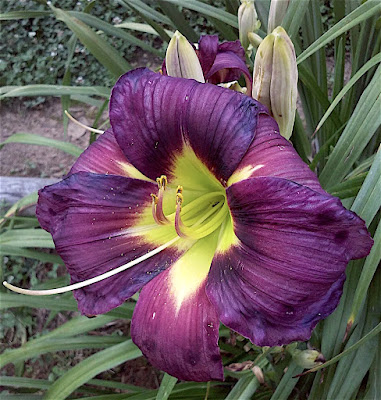 The Darkness In The Light was hybridized in 2013 and germinated in 2014. The seedling went through the last three years of my rust resistance testing, scoring A+ level all three years. Even before the first flower opened in 2015 the pale buds with their dark flush of pigment were a standout. When the flower opened I was so excited to see the combination of bluish-purple to maroon coloring with the big green throat. As it has continued to grow and flower each year, I have become more and more convinced that The Darkness In The Light is something new and special. 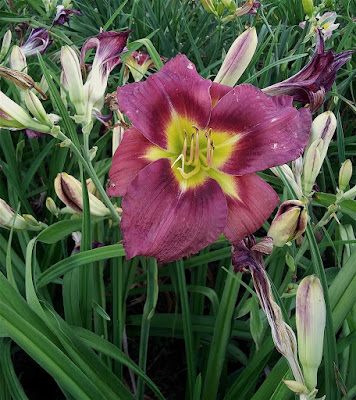 The effect of the pale buds and dark flowers is like a black hole opening up within a white star. The display in the garden is striking and quite unique. I really love contrasting sepal backs, both as buds and when the create a high contrast with the open flower. The Darkness In The Light really pushes this look to a new level. 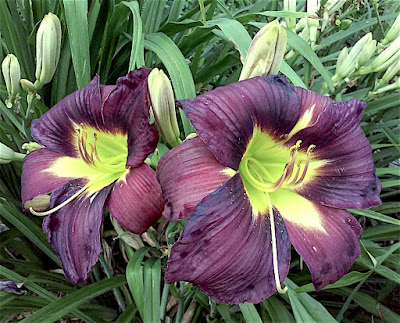 The dormant plant is very hardy and shows vigorous growth with quick recovery from division. The flowers begin in the mid-late season and there is frequent rebloom. Coming from Pigment of Imagination, The Darkness In The Light should carry the color-changing factor and the bluish colored pigmentation of the pollen parent. I suspect that color-changers with white buds can be created by using The Darkness In The Light with other color-changers. I think that would be really striking. 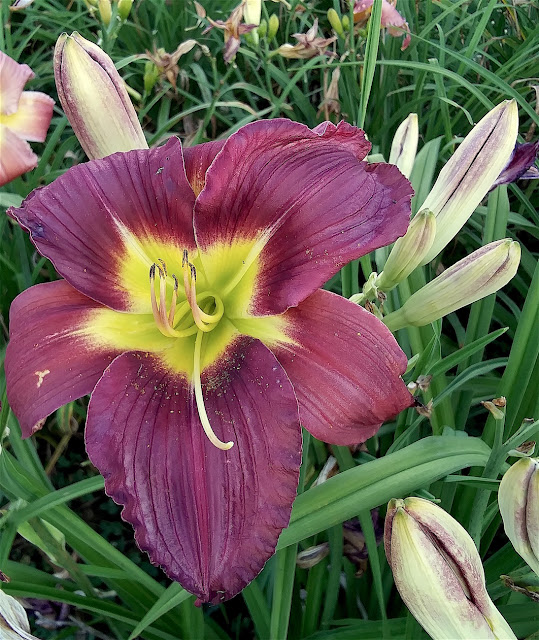 The fertility is good both ways. The thrips resistance is only moderate, but The Darkness In The Light can produce seedlings with better thrips resistance, and passes it fine rust resistance and interesting sepal contrast trait on to seedlings. These fine traits and the white sepal backs, as mentioned in the previous paragraph, should be very stunning with color-changing and the bluish colors that often come with the color-change. A fine plant for both breeders and gardeners. It is a study in contrast in the garden and can open the door to an array of interesting variations in the seedling bed. 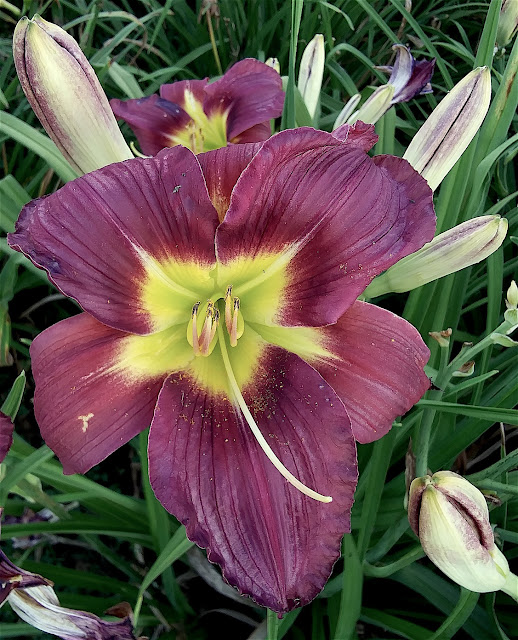