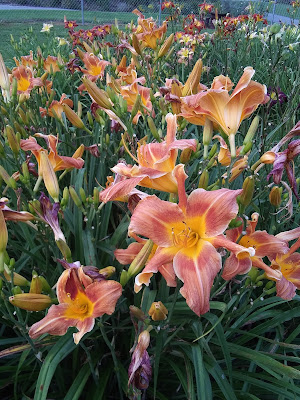 Ancient Solar Flare is a full sibling to Sun Dragon, Origin Of Symmetry and Ancient Ent. This was a very productive cross from which I raised thousands of seedlings. These four have been the most unique and interesting, but I still have three or four of these in consideration for introduction from the 2011/2012 breeding seasons. It was a very good cross, balancing out the extremely high thrips resistance of Solaris Symmetry with the very high rust resistance of Ancient Elf, and combining those two important plant traits onto wonderful plants with gorgeous foliage, vigor, beautiful simple flowers carry a lot more breeding power than one might guess at first glance.

Ancient Solar Flare is unique amongst these crosses for flowering in the Mid-late to late season, and what a show it is! An explosion of branches and buds that turn into an explosion of vibrant orange flowers. Just look at the pictures below. In person its brightness will hurt your eyes. People will think your garden is on fire!

With A+/5 year rust resistance and very good thrips resistance, Ancient Solar Flare is very fertile both ways and passes both high rust resistance, great plant traits including branching, and ML/Late season flowering, as well as producing some seedlings with flowers in a range of pastel colors owing to pollen parent Solaris Symmetry genetics, which Ancient Solar Flare carries unseen "beneath the orange coloring". I have produced some very interesting seedlings to take into my late program from Ancient Solar Flare, a most unexpected, but very welcome, addition to my late season tetraploid program! See a couple of seedling images below at the end of the images section of this page.

Below you will find multiple pictures of Ancient Solar Flare from 2021 in the line out garden. These are followed by two seedling pictures. Scroll down to see and read more commentary on the seedlings or click on any image below to see a large image and easily look through all the images in a photo gallery. 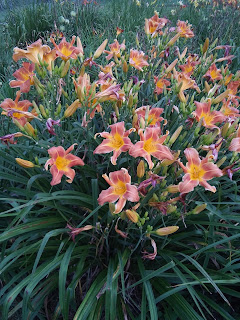 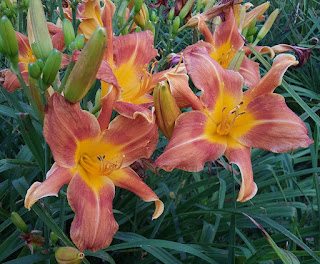 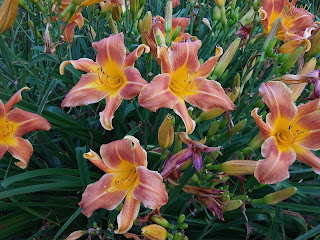 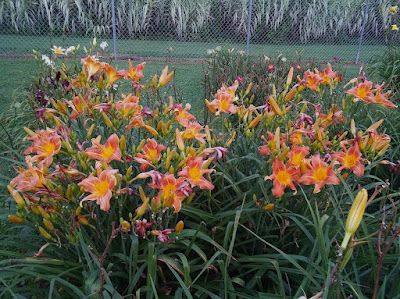 That field's on fire! 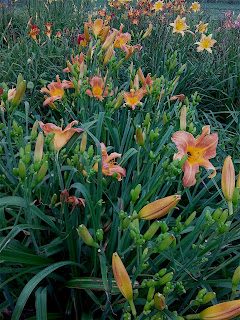 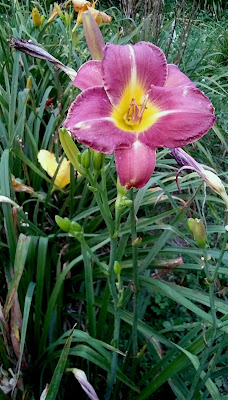 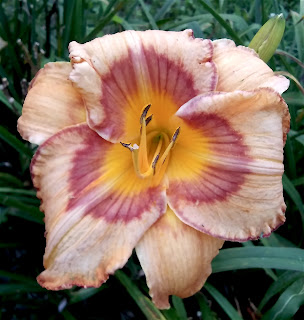